One of the conclusions from battle experiences during the Seven Years War was the necessity of a pattern of pistol specifically for the Light Dragoon Regiments of the British Army. Introduced in the 1760s, the Light Dragoon pistol graced of holsters of the brave troopers of the 16th and 17th Light Dragoons along with American mounted units loyal to the crown. The latter included the King's American Dragoons, Tarleton's famous British Legion, along with the Hussars and Light Dragoons of the Queen's Rangers. Both the British Legion and the Queen's Rangers skirmished with the France's Lauzun Legion of Hussars during the Yorktown Campaign. 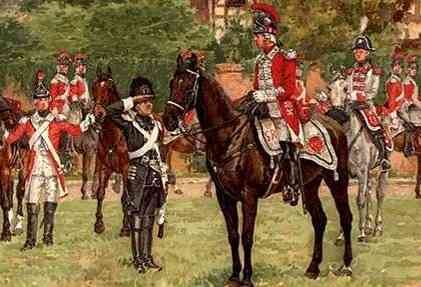 Raised in 1760 by a veteran of the siege of Quebec, the 17th Light Dragoons saw extensive service during the American Revolution including at Bunker Hill, White Plains, Fort Washington, operations in Georgia and the Carolinas including Cowpens.

After the American Revolution, this pistol continued to be used by Light Dragoons into the Napoleonic Wars. It was slowly fazed out as the introduction of the New Land Pattern took hold. 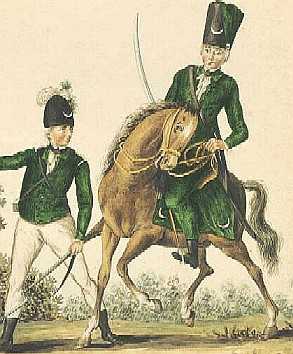 This pattern (commonly referred to as the Elliot pattern) of flintlock pistol has a 9-inch 62 calbre barrel made with tempered seamless modern steel (type:BS970 no.080M40) with a tight breech plug. As the pictures attest, this is a beautiful pistol. Note the curve of the pistol grip/butt. This shape became popular in both the French and British armies in the 1760s. If it is not shaped this way it is not a Light Dragoon pistol.

The lock is made with strong durable springs and has a case-hardened frizzen (hammer) that throws good sparks. We use a industrial case-hardening factory process that makes sparking both more reliable and longer lasting. Presently no other musket provider uses this technique.

As with all our other flintlocks, the vent is not drilled (read details below) so we can ship easily to our door throughout North America and to Europe and the UK. Aside from that they are exactly like the originals. A fine addition to any collection.

- Money-back Guarantee - Shipped to your Door -

For shipping costs and other details see our Muskets section

This item is no longer permitted in Canada.

Order Form and Contacting Us